Our team recently assisted a couple who owned a franchise within a major group. Since the acquisition of the business in 2014, they had invested upwards of $900,000.00 and had yet to draw an income. Are they unique?

Upon engagement with the client, our first question was whether this was a viable business? Looking at four years worth of financial information there were three profitable months and the rest of the time was below break-even. We asked about other franchisees and there was a similar concern, profits were non-existent or minimal, and while our clients had significant income from other sources, most of the other franchisees were not being paid from their businesses. 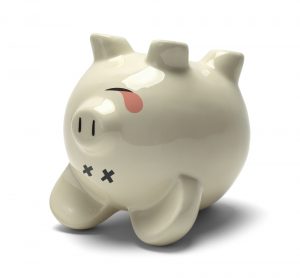 The franchisor had provided the “tools” for a profitable business, but while these worked on hypothetical numbers, there was little real world application. The businesses were trading generally 25 – 40% below the expected trading figures and thus were highly unprofitable businesses. On closer analysis of the business and its competitors it was clear that they were being squeezed on margins by several larger operators, and would immediately see a downturn when the dominant market player dropped their prices.

Identifying a realistic outcome and whether or not it is beneficial to attempt to trade out is a decision that needs to be made quickly and can often be a difficult one to make.

If you’re having difficulty with your franchise, C&D can assist you in making the right decision. You can contact the team at team@cdrta.com.au or call 1300 023 782 to have a no obligation chat about your options.