During this period the loan repayments were being made sporadically and the borrower was finding it increasingly difficult to keep the doors open. The owner had continually held out hope of an external buyer, despite all evidence to the contrary that this was not going to occur.

We scheduled a meeting with bank to discuss the options and what was available.

1. The bank had no idea of the financial position

This was a curious answer as the borrower had one relationship and all monies were being banked into that account. They could see the declining position, and had blacklisted all the post codes where our client held property. This was an unrealistic position for the bank to hold. 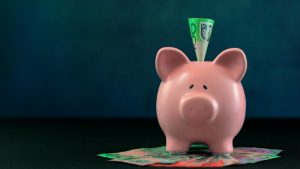 When it was pointed out that the bank was well aware of the position and should be taking steps to recover there was confusion or at least an unwillingness to agree that times were tough.

2. The bank was unwilling to fund a selling campaign

We proposed a selling campaign which would require a small amount of capital works in order to bring the properties to a moderate condition. The additional capital required was 1% of the total indebtedness, yet there was no willingness to assist.

The suggestion was that our client fund any capital improvements themselves. When we asked what the upside was for the client, they said it will reduce their debt. When pointing out that they were so far underwater that the position was hopeless, this didn’t seem to resonate.

3. The bank suggested we run them for another three months

4. We asked about working cashflow

When asked how this was practical as the assets were going to be sold for the benefit of the bank, there was crickets in the background.

5. Our client was asked to pledge other assets in security

An alternative was proposed that the client pledge additional security to protect the bank’s position.

There is an element of delusion when dealing with a lender that is unwilling to give ground, and in this case, there was complete shock when we told the lender that we would not be handing up additional security. It was almost as though they expected the borrower to make their position worse.

With a clear disparity between what we were asking and what was proposed, we asked 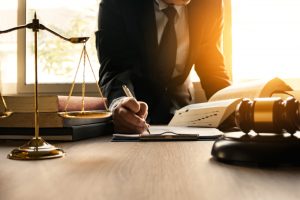 the bank to appoint a receiver or a liquidator. They asked for a week to consider their position.

We left the keys and terminated the staff immediately, using the remaining cash in the bank to pay their entitlements.

In our example it was clear that the expectation was that our client would work for free and that they would be also be required to continually top up the shortfall from their own pocket. Our client’s position would not be improved through continuing with the property and in fact things would only get worse from here as their remaining assets were expected to be pledged to assist the bank recover its position.

The bank was faced with the doors being immediately shut and the properties put into caretaker mode. Being accommodation properties this was an expensive exercise but also immediately wrote down the value of the business and the freehold interests, on simple valuations we expected this increased the depreciation by 50%.

Our client initially thought that the bank was going to support him and that he would be assisted through the process, this was clearly not the case and it showed him that the previous four years where the turnover dropped he was just working for the bank to protect their position.

Taking a step back from the situation and looking at who you are actually working for can be a tough thing and we find that often times believe that they are working with and not for the bank. If you are concerned over the situation in your business or that the asset values no longer support the borrowing position, give us a call and we can work through your options.