Over the following few weeks we will be running through what we see as a terminal decline in the motel industry and more specifically in rural areas.

As a starting point we are looking at the food and beverage aspect of the motels and the lack of profitability that these aspects of the business.

Historically, the restaurant offering inside a motel would be a popular location in a country town, but over a period of time this has substantially declined as more competition has arrived and generally motel locations are isolated from the core business or restaurant areas. It is not uncommon for motels to be running less than 10 covers per night, which generally would not cover even the staff cost, letting alone the operation of the kitchen.

For many motels however, they are continue to have premises with substantial kitchen (and bar) offerings and are paying rents based on the previous food and beverage offering. Equally retention of licences and compliance make whatever possibly of profit there is to be very limited.

In a recent portfolio of 40 motels only one had a positive financial contribution from food and beverage, this was where the restaurant was externally managed and had created its own label away from the motel. The balance were a horror story of low patronage and an inability to make the offering work. 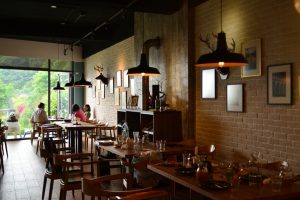 For a motel operator under a lease there are generally clear requirements that the kitchen is to remain open and the liquor licence to remain current, this can be substantial expense where the motel restaurant is not performing well or at anywhere near capacity.

Turning around a food and beverage offering inside a motel can be difficult, where it has been successful there has been either a limited or reduced food offering or a tie in with a local food provider utilising the kitchen (in almost a sublease arrangement). Unless there is a clear event or limited opening window, most operators will struggle to be successful in this aspect of the business.

We have worked with several motel operators to enhance or bring profitability to a food and beverage operation but it is a hard field to succeed in, and for many the additional effort is not worth the marginal improvement in the business. There are very few occupants of a motel lured by the food or the bar, and most, especially in small towns,  will venture out rather than staying in for a graveyard motel dining room.

As food for thought in smaller town our most successful partners have offered a taxi style service or a tie in with a local restaurant, that will ensure that the patrons can be dropped off and collected without the need to run a food offering.