We recently came across a strange situation where we questioned who the broker actually works for when things go awry.

The scenario was that our client had borrowed money from a third tier lender, and their business was placed in liquidation, at the same time, the broker proposed a lending package that would cover the debt to the original lender, but did not actually add anything to our client (other than making sure that the original lender was paid in full).

It made us question who the broker was actually working for:

So the answer from the lawyer was well they may actually only have an obligation to the financier and depending upon their relationship are an agent of the lender. In that they have no obligation to the borrower. 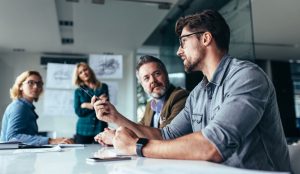 The borrower believed that the broker was working for them and that they should be acting in the best interests of the borrower and not the lender.

The liquidation was bemused and through that they only have an obligation to themselves and that the attempt to refinance the debt was clearly attempting to ensure that they were able to keep a clean record.

We have to admit we have no idea, we couldn’t work out who the broker should be acting in the best interests of.

At times that things are not going well, it is necessary to work out who is on your side and what their interests are. In this situation, the closer we examined the advice being given, the more concerned we became as the loyalty was not necessary in our favour. Having a team that is on your side is paramount to the future and ensuring that your position is protected.