When addressing land tax in Queensland, where there is a foreign party that owns the assets, certain rules need to be adhered to. In Queensland a person is classified as a foreign person if they are not an Australian citizen or permanent resident. Foreign people and entities in Queensland are considered ‘absentees’ for the purpose of land tax, and are subject to a surcharge of 1.5% of their property value if it is above $350,000. An absentee is someone who does not usually live in Australia or an external territory. You are an absentee if you were away from Australia at 30 June or have been away from Australia for more than 6 months in total during the financial year before 30 June.

Regarding foreign companies, the differentiation comes down to whether or not a foreign person owns a controlling share within a company. Ownership of a company in this sense is considered as;

The Queensland surcharge legislation is basically only triggered where at least half of the default beneficiaries (i.e., the Primary Beneficiaries and, in some cases, their adult children) are ‘foreign’ (refer generally to Queensland revenue ruling DA000.14A.1).  This is unlikely to be the case for most ‘ordinary’ Queensland discretionary trusts and therefore it is unlikely that a change will be necessary in most, if not all, cases.  If a change is necessary (i.e., at least half of the default beneficiaries of a trust with Queensland land are ‘foreign’), then the power in clause 10 will not assist – it can only be used to exclude people from being General Beneficiaries. That is, it cannot be used to exclude Primary (default) Beneficiaries.

In such a case, the only course may be to vary the deed of the trust to exclude one or more of the Primary Beneficiaries.  However, it should be noted that removing primary beneficiaries is pretty serious business, since the trust deed specifically states that, from the outset, the trust property is held for their benefit (and their related entities). Therefore, changing the primary beneficiaries has often been seen as a near-certain way of resettling a trust.  That said, the ATO has relatively recently released a tax ruling indicating that certain changes to a trust will not result in CGT (TD 2012/21) and there is also a NSW revenue ruling that indicates it may be safe from a stamp duty perspective in NSW (refer NSW Revenue Ruling DUT 017).

If you have lived outside of Australia during the financial year, we will consider several factors to determine if you usually live in Australia, such as the reason for your absence and the time spent in and out of the country. If we are not satisfied that you mainly resided in Australia, you will be an absentee if you:

Depending on the ownership and use of the land, you may be eligible for a land tax exemption.

You can claim a home exemption on land or the part of land you use as your home.

Individuals and trustees of trusts may be eligible for a home exemption, but companies and absentees are not.

If you own land in Queensland and use the land as your home (that is, you live mainly at that address), you may be eligible to claim a home exemption.

You can only have 1 property as your home.

If you are a trustee of a trust or deceased estate, you may be able to claim an exemption for the land you own where all the beneficiaries of the trust or estate use that land as their home.

From 30 June 2014, you may be able to claim a transitional home exemption on a home you are not occupying.

The transitional home exemption applies where you:

Individuals and eligible trusts can apply for this exemption if these requirements are met.

He moved out of his old home and occupied the new one on the same day. He owned both homes on 30 June (the liability date for land tax) of that year.

He needed to obtain bridging finance until the sale of his old home on 20 July 2014.

Bob owns a home in which he has lived for 2 years.

Bob owns both properties on 30 June (the liability date for land tax) of that year.

Bob is still living in his original home at 30 June and can claim a home exemption on this property.

The new home is still under construction at 30 June. Bob cannot claim a transitional home exemption on that property because it is not deemed habitable on this date.

You may claim the exemption for multiple parcels of land, as long as the land is used for a primary production activity and is carried on for the same business of primary production (e.g. separate forms are required if you run your own cattle on one parcel and agist another parcel to a grazier and want to claim exemptions for both).

A moveable dwelling park is a place where caravan or manufactured home sites are leased or rented.

You can claim an exemption if both the following apply:

the land is used mainly as a moveable dwelling park

more than 50% of sites in the park are occupied, or only available for occupation, for residential purposes for more than 6 weeks at a time (i.e. the occupier has signed a tenancy agreement). 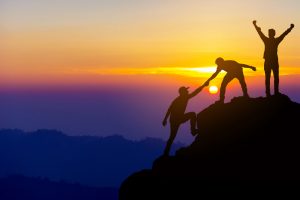 A charitable institution registered under the Taxation Administration Act 2001 may be able to claim an exemption on land they own that is mainly used for an exempt purpose.

An exempt purpose is:

You may also claim an exemption on vacant land where you intend to use it mainly for an exempt purpose within:

You may be able to claim an exemption if the land is used as the location for an aged care facility. This exemption applies to facilities where an approved provider under the Aged Care Act 1997 (Cwlth) provides care.

You may be able to claim an exemption if the land is used for premises or facilities for residents of a retirement village. This exemption applies to facilities registered under the Retirement Villages Act 1999.

You may be able to claim an exemption if the land is used for a supported accommodation service accredited at level 3 under the Residential Services (Accreditation) Act 2002.

You may be able to claim an exemption if your not-for-profit society, club or association occupies a building on land that it owns or is held in trust for them.. Feel free to contact us at anytime. We are a team of professional and affordable business tax accountants providing a complete range of accounting, taxation and business services to clients throughout Australia.