You may have seen in the news last year that an Australian father who was in the Defence Force unexpectedly passed away, leaving behind two young daughters. The father had a relatively new girlfriend at the time of his death and signed a statutory declaration in 2014 stating that his girlfriend was his ‘independent partner’. He did this in order to prevent him from being relocated away from his daughter, and therefore they were considered to be in a de facto relationship.

Although his last will stated that his estate was to go to his daughters’ mother, who was named as the executor and sole beneficiary of his will, the Commonwealth Superannuation Corporation found that he was living in a domestic partnership with his girlfriend when he died.  He did not nominate a beneficiary to his superannuation account, which would have guaranteed a different outcome. She therefore received most of his estate which included his life insurance and retirement savings in his superannuation, leaving his daughters with very little. This case shows the importance of keeping your will up to date and nominating a beneficiary on your superannuation account.

When you pass away, your superannuation (for retail superannuation funds generally) is controlled by the Trustee who decides where your assets are paid. You can give your Trustee instructions to distribute your super how you wish before you die, however there are specific rules apply surrounding this. 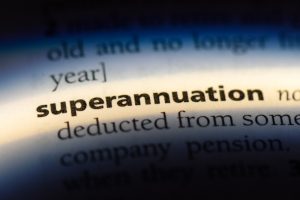 A self-managed super fund (SMSF) is a private superannuation fund that is regulated by the ATO that you manage yourself. The main difference between a SMSFs and other superannuation funds are that members of a SMSF are also usually the trustees. SMSFs come with a lot of responsibility and are only really suitable for those who have a lot of super and extensive knowledge of financial and legal matters.

A superannuation death benefit is a lump sum that consists of the balance of your super account, including any death insurance benefit payout. Your dependants can be paid either by a super income stream, a lump sum, or both. Dependant’s include your spouse, children, people who you have an interdependency relationship with and people who depend on you financially.

How to nominate a beneficiary for your superannuation?

To nominate a beneficiary for your superannuation, you can complete a Binding Death Benefit Nomination form with your super fund. This form will direct the fund’s Trustee to pay your death benefit to the appropriate beneficiary of your choice. The form needs to be completed correctly and typically needs to be less than three years old (when it was last signed) at the time of your death, and the original copy needs to be given to your super fund before your death. Binding Death Benefit Nomination Forms can be found online on your super company’s website.