An Appointor has one key job, which is to appoint and remove Trustees of a trust. The Appointor will also usually have other powers such as the ability to refuse certain actions by the Trustee with issues like amending the trust deed, changing the vesting date of the trust and changing beneficiaries of the trust. Essentially, while the Trustee of a trust owns the assets, the Appointor controls the assets. An Appointor can also resign from their position and assign someone else. 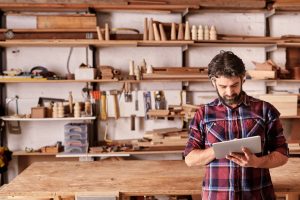 Why are they important?

An Appointor is important as they essentially hold most of the control of a trust. Appointers may be used for administrative ease and it is typically advisable to have more than one Appointor in case one of the Appointor’s dies or becomes incapable of fulfilling their duties.

Other things to consider when thinking about having an Appointor of a trust is the succession of their role, the ability of the Appointor to resign from the role, and what other roles the Appointer may have under the trust deed other than the ability to remove and appoint the Trustee.

A trust deed should contain the following provisions for the Appointors;

In the case of Mercanti v Mercanti, a mother and father involved with two family trusts removed the father as the Appointor and replaced him with one of their four sons. The son was then given the power to hire and fire the trustee and thus, ultimate control of the trust. Many years later, the family relationship broke down and the father took legal action stating that he was still the Appointor of the trusts. The son then executed notices that removed the current trustees and appointed his own company as the trustee of both trusts. The Court found that one of the deeds of variation was ineffective however the other was effective, meaning that the son was indeed the Appointor, and had control of the trust. This court shows the importance of choosing the right Appointor.

It is common for a close family member that you can trust to be nominated as the Appointor of a trust. However, the Mercanti case shows that sometimes this is not the best option. It is important to plan for both the best and worst-case scenarios, but you should nominate an Appointor who you believe will make the best decisions regarding the trust for your or your family’s benefit. Appointor’s must act unanimously

How can I change an Appointor?

If you want to change the Appointor of your trust, you can prepare a deed of amendment. This can also be used to add another appointor or remove an existing appointor.

You should also consider what will happen and who will take on the role of Appointor when the Appointor dies or becomes incapacitated. Options for this are;