PCG 2017/13 as amended provides that the same circumstances that apply to the 2017 and 2018 income years also now apply to circumstances where a taxpayer fails to repay a loan entered into under investment Option 1 that matures on or before 30 June 2019.

Taxpayers that have entered into a sub-trust arrangement using the 7-year Option 1 investment agreement that matures on or before 30 June 2019 can refinance the unpaid principal of the loan to a compliant Division 7A 7-year loan under section 109-N prior to the private company’s lodgement day. 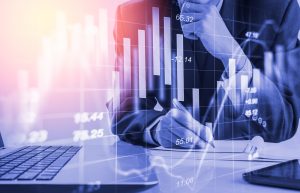 PCG 2017/13 provides the following example; a trust holding an Unpaid Present Entitlement (UPE) outstanding to a private company beneficiary on 30 June 2011 and put on an Option 1 investment agreement on the lodgement date of the trust’s 2011 tax return can refinance to a new complying 7-year loan from the lodgement date of the company’s 2019 tax return if the investment agreement is not repaid on 30 June 2019. Following the refinance, the trust has a further 7 years from creation of the new Division 7A loan in the 2020 income year to repay the amount by periodic payments of both principal and interest.

The guideline confirms that the Commissioner will not accept a rollover of the unpaid principal of an investment Option 1 into a further investment option as described in PS LA 2010/4, and maintains the Commissioner’s ability to consider the arrangement a sham if the facts and circumstances support no intention to repay the loan. As with the earlier guideline, PCG 2017/13 only applies to the refinancing of UPEs into 7-year complying 109N loans and does not address 25-year complying 109N loans. However, we note that section 109R(6) allows complying Division 7A 7-year loans to be refinanced on 25-year terms.

While guidance on how the ATO will allocate its compliance resources to these sub trust arrangements maturing in the 2019 year is welcome, taxpayers and their advisers continue to wait for clarity from Treasury regarding the proposed changes Division 7A announced in the 2016 Federal Budget and the deferred start date of these changes to 30 June 2019 announced in the 2018 Federal Budget.