0448 841 564
Like never before, now is the time for employers to check that their minimum superannuation guarantee payments are in order or risk significant penalties.

On 24 May this year, the Federal Government announced a twelve month amnesty for employers to pay any unpaid employee superannuation entitlements for all quarters up to March 2018.  The amnesty’s concessions, which are subject to legislation being passed (it is currently before the Senate), include not being liable for penalties which could otherwise apply and being able to claim income tax deductions on catch-up payments.

Once the amnesty is over, the Australian Taxation Office (“ATO“) will significantly increase penalties to a minimum of 50% on top of any superannuation owed. In addition, late superannuation payments and penalties will also be non-deductible for income tax purposes.

What employers need to do

With the amnesty period underway, all employers should review their superannuation payments to confirm that calculations are being made correctly.  If any shortfalls are identified, systems can be adjusted and back payments made while the favourable amnesty rules apply and before ATO penalties increase.  The review may also identify overpayments resulting in ongoing savings to the business. 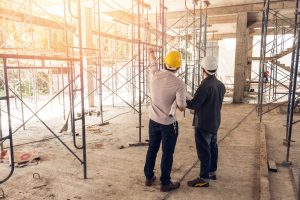 The amnesty is a clear precursor to the ATO increasing their super guarantee compliance activities on the back of the introduction of Single Touch Payroll.

From 1 July this year, all employers with 20 or more employees must transition to Single Touch Payroll (“STP“).  STP gives the ATO unprecedented access to employers’ payroll information, enabling them to scrutinise intended superannuation guarantee contributions and dramatically increase their ability to detect instances of non-compliance.

In addition, legislation now before Parliament will give effect to the Government’s Superannuation Guarantee Integrity Package announced on 29 August last year.  If passed, the measures will include:

Where to from here

Whilst the amnesty legislation has not yet been passed, the ATO has provided advice online on how to take advantage of the proposed concessions and what to do in the meantime.  Employers shouldn’t hesitate as the concessions will not apply once an employer is targeted for a superannuation guarantee audit even if during the amnesty period.