You operate a company

Your accountant set you up in a company and in recent years things have been pretty tough business wise so much so that the company has incurred significant losses. Your business partner who feels the business cannot afford 2 owners and who owns the other 50%, has asked you to buy them out. Details are worked out and you figure that by making a new start, this will be a wonderful catalyst for change where the business revisits how it can become profitable and recoup the $500,000 in losses.

To your horror your accountant says that you won’t be able to satisfy a test called the “Continuity of Ownership Test” because during the period of losses more than 50% of shares have not been held by the same persons. In order to carry forward those losses you will therefore need to satisfy another test called the “Same Business Test”. However, the accountants tell you this is a very tricky thing to do and that there is a real risk that the ATO might deny you those losses if it doesn’t believe you satisfy it.

Well, the good news is that changes are proposed to make the Same Business Test now easier to pass although you will still need to be careful. 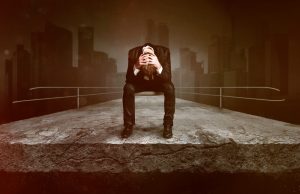 What are these proposed changes?

There are also new business and new transaction tests which need to be satisfied which are intended to prevent the injection of income into a loss company.

In December 2015 the Government announced that the same business test for company losses would be relaxed so that it would be still possible for them to access losses even where they have entered into new types of transactions or business activities.

These changes are designed to allow companies to make minor changes to their business operations without fear of having the company tax losses denied access to.

The Bill was introduced to Parliament on Match 30 2017 and it is intended it will apply to companies from 1 July 2015. It is currently with the Senate. It introduces a determination of whether 2 business are similar if:

Basically the Law Companion Guide confirms that the similar business test is meant to be comparable to the same business test but without the negative limbs which make it difficult to pass the test if a company earns income from new transactions or activities.

The LCG gives the following examples:

A furnishings company makes losses but discovers that the market now needs high quality mattresses. It develops and manufactures its own mattresses as a result of this research which now accounts for 15% of its total revenue.

In this example it will pass the similar business test.

In contrast an iced tea company making losses decides to sell its manufacturing plant and equipment just after a change in majority shareholding interests (Continuity Ownership Test failed). It decides to purchase the tea products from another producer and ceases using its brand name as well. It no longer sells to supermarkets but to caterers.

In this case, the similar business test is failed.

Both tests in order to carry forward losses are more difficult to satisfy than most people think. For the Continuity of Ownership Test, difficulties can arise where family trusts own the shares or shareholding changes have been made further up the chain.

Whilst the changes to the Same Business Test seemed to have relaxed somewhat, it will be interesting to see how flexible the ATO is with these new changes when interpreting them in practice.