TD 2018/D3 posits that certain trust split arrangements should be viewed as the creation of a new trust over some, but not all, of the assets held by the original trust. The result, as set out in the TD, would be to trigger CGT event E1.

While the draft determination allows that there are many forms of arrangement that can be described as a “trust split”, it says that for the purposes of the change to the rules, this refers to an arrangement “where the parties to an existing trust functionally split the operation of the trust so that some trust assets are controlled by and held for the benefit of one class of beneficiaries, and other trust assets are controlled and held for the benefit of others”.

As outlined in this draft determination, the splitting of trusts generally involves a discretionary trust that is part of a family group. “These trust split arrangements often happen where there is going to be tax issues with a planned succession,” says tax policy specialist Ken Mansell. “An example of a trust split arrangement is where Mum and Dad run two shops through a discretionary trust and their two daughters want to take over a shop each as Mum and Dad retire.”

The draft determination states that the common reason given for splitting a trust is to allow different parts of a family group to have autonomous control of their own part of the trust fund. 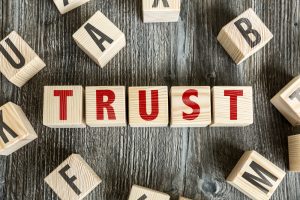 “Rather than forming a second discretionary trust, transferring one of the shops and the associated business to this second trust and crystallising lots of capital gains tax, the sisters undertake a trust split arrangement,” Mansell says. “This involves requiring the trustee of the current trust to agree to pay all the profits from one shop to one daughter (and her family) and the profit from the second shop to the other daughter (and her family).”

The type of split as described in the determination will, in the eyes of the Commissioner, result in the creation of a new trust by declaration or settlement (as the case may be), and therefore see the trustee take on new obligations, with new rights assigned to assets. This would therefore cause the occurrence of CGT event E1 (creating a trust over a CGT asset).

“This type of arrangement was widely used to avoid the CGT that would occur transferring assets to a new trust,” Ken Mansell says. “However, this draft determination states that CGT is still payable if you use this trust split arrangement, as there are functionally two trusts now.”

The determination also contains the view that such splits will ordinarily exhibit all or most of the following features:

– different appointors are appointed for each trustee

– the rights, obligations and powers of the trustees and beneficiaries remain governed by one deed

The draft determination, as it is proposed, will give it retrospective application.

The determination only gives one case study example to illustrate the workings of the proposal, but also states that it is assumed the split arrangement is able to be achieved, for trust law purposes, by amending the deed as necessary without bringing the whole original trust to an end. It also makes the point that there is no existing case law dealing directly with the tax implications of an arrangement as described in the determination.