What is a family trust election?

A family trust election is a choice by a trustee to specify a particular individual (the test individual) around whom a family group is formed.  This family group then sets the maximum range of beneficiaries amongst whom the trustee can distribute to without triggering significant adverse tax outcomes, such as family trust distributions tax.

The choice as to who will be the test individual is crucial, as not all family members will be part of the ‘family group’ for tax purposes.  Broadly, the family group includes:

Entities such as companies, partnerships and trusts can also be members of the family group. Although, this will generally only be the case where the family members listed above have an entitlement to all of the capital and income of the entity, or an appropriate FTE or interposed entity election has been made.

It should also be noted that just because a person falls within the family group mentioned above, doesn’t mean that a distribution can be made to them.  The trustee will still need to refer to the trust deed to ensure that the particular person or entity is an eligible beneficiary under the terms of the deed.

When should I make an FTE?

Given that an FTE restricts the people or entities to which a trustee can distribute in a tax effective manner, it is important to understand when an FTE may be required.  If an FTE is not required, then there may be no benefit in making the election.

A trustee may consider making an FTE in the following circumstances:

Each of the circumstances is addressed in more detail below.

If a non-fixed trust has received a franked dividend (for example it owns shares in an Australian company), the franking credits can only be passed to beneficiaries if one of the following conditions is satisfied:

Ordinarily it would be a challenge for most family (discretionary) trusts to satisfy the above requirements.

As an alternative to the above requirements, a trust which has made an FTE and is able to pass the 45 day holding period rule itself can pass the franking credits out to beneficiaries as part of their distributions.

Trusts are subject to complex measures which need to be satisfied before deducting losses from prior income years.  There are different tests that need to be passed depending on whether the trust is a fixed trust or a non-fixed trust.

In the absence of a valid FTE being in place, all of the following tests need to be satisfied by a non-fixed trust which is seeking to recoup revenue losses:

In practice, each of these tests is complicated and requires detailed analysis.  Despite this, where an FTE has been made, the only test which needs to be satisfied is a modified version of the income injection test, which is much easier to satisfy than the standard income injection test.

As a common example, the standard income injection test is likely to be failed if a discretionary trust (with profits) distributes income to another discretionary trust in order to utilise its losses or deductions.  In contrast, if both trusts have made an FTE choosing the same test individual, the income injection test would not apply to disallow the losses or deductions.

A company can carry forward and claim its losses against future income earned if it passes one of two tests:

In order to pass the COT, shares carrying more than 50% of all voting, dividend and capital rights must be beneficially owned by the same persons at all times during the test period. 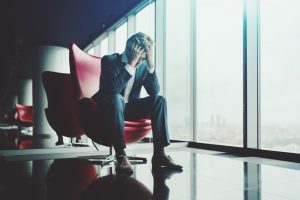 The test period runs from the start of the loss year to the end of the income year.

The COT takes a look through approach where the shares in a company are owned by another company or a trust, in which case the ownership is traced through interposed entities back to the ultimate owners who are natural persons.

Where the shares in a company are owned by a non-fixed trust, a company may not be able to pass the continuity of ownership test.  This is because beneficiaries of non-fixed trusts do not hold a specified interest in the trust and therefore it is not possible to trace through the discretionary trust to identify natural persons who indirectly hold an interest in the company.

While it may be possible to pass COT by undertaking a detailed analysis of whether the trust shareholder satisfies various loss tests, it will often be easier to pass COT where the trust has made an FTE.  This is because a trust with an FTE can be treated as an individual for the purposes of assessing whether the COT is passed.

To bring a trust within the family group of another trust

One of the key eligibility requirements to access the new roll-over is that the restructure does not have the effect of materially changing the individual (or individuals) who have the ultimate economic ownership of the assets.  Where a non-fixed trust (e.g. a discretionary trust) is involved, satisfying this aspect may not ordinarily be possible.

However, where the trust involved has made an FTE, the individuals within that family group can qualify as ultimate economic owners.  Accordingly, where an FTE has been made, it could be possible to tax effectively restructure a small business into, or out of, a ‘family trust’ using the new roll-over provisions.

Where a non-fixed trust receives franked dividends, has losses, or owns shares in a company with losses, the trustee should seriously consider whether it needs to make an FTE.  A trust may also need to make an FTE to bring it within the family group of another trust that has made an FTE, or to access the new small business restructure roll-over.

Importantly, unless an FTE is needed for one of the reasons set out above, it is generally not recommended that a trustee make one.