Illegal phoenix activity and the plans to fight it have been the focus of a run of headlines in both the mainstream and financial press. And for good reason: the impact is significant and widespread, affecting the business community, employees, contractors and government. In fact, a report commissioned by the Phoenix Taskforce and released in April 2018 estimated the direct impact of potential illegal phoenix activity to be 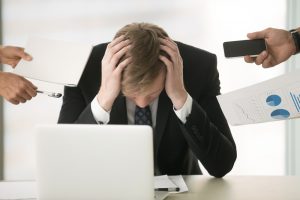 In August 2018, the Federal Government circulated draft legislation aimed at detecting, deterring and disrupting both participants in and facilitators of illegal phoenix activity.

The introduction of a CDD is an extension of the existing liquidator asset clawbacks that apply to illegal phoenix transactions, and is supported by the introduction of offences for those responsible for a company making a CDD.  Importantly, there will be no requirement for a liquidator to prove insolvency if the CDD took place within the twelve months leading up to the external administration.

To protect creditors, the new provisions introduce a process to allow for the efficient recovery of assets.  The reforms allow liquidators to seek to recover the assets or other payment through the court, and also grant ASIC specific powers to make an administrative order to recover property where a CDD has occurred. ASIC may use this power on its own initiative, or on the application of a liquidator.

We welcome a recovery regime which avoids the need to involve the court system, with the associated costs and delays.

However, it’s worth noting that to be effective, these reforms must be backed by an ASIC that is better-resourced and committed to investigating potential offences, and prosecuting where appropriate. Relying on an offence as a deterrent, without following through with enforcement, would blunt any impact.

As outlined in the draft legislation, defences are available against a CDD.

We believe a key area of concern relates to the reasonable grounds defence. The Explanatory Memorandum to the draft legislation says a defendant may rely on a ‘competent and reliable person’ providing information about the company’s solvency – while noting that the defendant must have reasonable grounds to believe that person is competent and reliable.

In our experience, the pre-insolvency market is where most illegal phoenixing occurs.  It’s not unusual for a company in financial difficulty to seek advice from advisors – however, many pre-insolvency advisors that hold themselves out as professional solvency experts are in reality not members of any professional association and do not carry any professional indemnity insurance. These advisors can include disqualified liquidators and accountants.

We believe the new legislation should define a ‘competent and reliable person’ as one accredited or registered with a professional body, and holding professional indemnity insurance. It’s vital the point is made that seeking advice from a qualified professional during a critical time for the company is best for everyone.

A straightforward and eminently sensible reform proposed is a 28-day limit on backdating director resignations.

Once outside the 28-day limit, either the former director or the company can apply to ASIC or the court to backdate a resignation – however, a 12-month lock out period will apply, meaning that applications to court cannot be made more than 12 months after the purported date of the director’s resignation.

We believe that the 12-month lock out period may cause an injustice in instances where a director has taken reasonable steps to lodge their resignation, but failed for some other reason – for example, if a director signed a resignation form and gave it to their accountant or to the company to lodge, and an oversight meant this didn’t happen.

Illegal phoenix operators will often appoint ‘dummy’ directors from the date of a company’s incorporation.  The proposed Director Identification Number (DIN) regime will aid in detecting these appointments, and is a positive step.

Importantly, in our experience, rogue operators will never appoint themselves as a company officer. No reform can possibly stop this occurring. However, we believe that the introduction and enforcement of a criminal offence relating to facilitating the appointment of a dummy director would deter this type of fraud.

The proposed legislation would also prevent a director from resigning if stepping down would leave the company without a director – however, it would not prevent a sole director being removed because of disqualification. This would seem to have the same result, in leaving a company without a director. To overcome this potential pitfall, our suggestion is that ASIC should automatically initiate liquidation proceedings if appropriate efforts are not made for the appointment of a replacement director within a set timeframe.

Generally speaking, this is a necessary measure and one that we support.

However, as a champion of the middle market, we are concerned about any reform that poses an additional barrier to people going into business. GST is a significant exposure in operating a business, and while the government is currently looking at reducing the bankruptcy period to one year to encourage entrepreneurs, this could be a step in the opposite direction.

This legislation has been broadly drafted, and we’d like to see the ATO put in place clear and robust guidelines and policies to ensure alternatives are provided to genuine directors trying to do the right thing before going down the path of a DPN – for example, having the ATO take security over assets as an incentive to enter into payment arrangements.

The ATO currently has the power to withhold certain refunds and apply them against other outstanding taxpayer debts. The proposed reform extends this power to apply to cases where a taxpayer has outstanding returns or information required by the ATO.

In principle, this is a good thing – but only if these powers are applied selectively to high-risk taxpayers, and if those withheld refunds belong to entities which are part of the same tax consolidated group. The ATO has visibility over the conduct of taxpayers, and is well placed to identify those involved in phoenixing.

Our concern is that in the future, these powers could be expanded to cover all taxpayers. Measures should be put in place today to ensure that future generations understand the intention of these reforms was to target high-risk operators only, rather than a blanket approach. 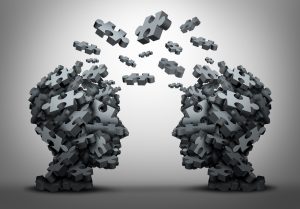 of an incumbent external administrator, related party creditors are only allowed to vote on assigned debts for the amount that they paid for that assignment. We support this reform on the basis that it is applied to all creditors, both related and unrelated.

In summary, the introduction of reforms to better detect, deter and disrupt illegal phoenix activity and more harshly punish those involved is needed and should be supported.

However, we do believe areas for potential abuse or unintended impacts, as outlined above, deserve closer attention – and note that appropriate training and resourcing will be crucial for ASIC to ensure it’s able to enforce the reforms.