(a) the income is for producing a result; and

(b) the individual is required to supply the plant and equipment, or tools of trade, needed to perform the work from which the individual produces the result; and

(c) the individual is, or would be, liable for the cost of rectifying any defect in the work performed.

Income for producing a result

To satisfy the first condition for the results test the personal services income must be for producing a result. The meaning of the phrase ‘producing a result’ means the performance of a service by one party for another where the first-mentioned party is free to employ his/her own means (ie. third party labour, plant and equipment etc)
to achieve a contractually specified outcome. The essence of the contract has to be to achieve a result and not to do work. The consideration often is a fixed sum on completion of the particular job as opposed to an amount paid by reference to hours
worked.

The Explanatory Memorandum to the Alienation of Personal Services Income Act 2000 (Cth) provides: ‘The individual must actually be paid on the basis of achieving a result, rather than for example, for hours worked’ (paragraph 1.114).

Where there is a contract, regard should be had to its true essence and the circumstances surrounding the formation of the contract may be of assistance to determine the true character of the contract. Having regard to the true essence of the contract, the manner in which payment is structured will not of itself exclude genuine result based contracts. For example, there are results based contracts where the contract price is based on an estimate of the time and labour cost that is necessary to complete the task, or may even be calculated on that basis, subject to reasonable completion times. In order to satisfy the first part of the results test it is necessary that not only is a result achieved but that the entitlement to receive income is dependent on that result. In a situation such as you have described where a consultant is engaged to produce a report or a series of reports the production of a report could constitute a result. 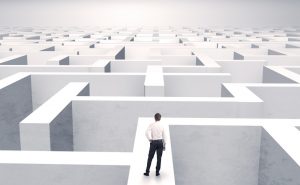 The second condition for the results test involves the individual or the personal services entity being required to supply the plant and equipment or tools of trade, needed to perform the work that produces the result. Having regard to the custom and practice in relation to particular work there may be an expectation that a genuine independent contractor would be required to supply the plant and equipment or tools of trade necessary to perform the work. Where such an expectation exists, or where the contractual arrangements require the supply of necessary equipment or tools, such equipment or tools have to be supplied in order to meet the ‘results test’. This condition is to be considered on a substantive basis and minimal usage of the tools or equipment of others will not of itself disqualify the taxpayer. For example, the use of the service acquirer’s pen or telephone by an electrician or even the temporary use of tools (where it is more convenient to do so because, for example, the electrician’s tool kit is not readily available at a particular time) would not cause this condition to be failed. In relation to the work more generally, the common practice and requirement in such a
case may be that the electrician would be expected to supply and would be required, as a practical matter, to supply the necessary tools for the job.

There are situations where, having regard to the custom and practice of the work, or the practical circumstances and nature of the work, no plant or equipment or tools of trade are necessary to perform the work from which the individual or personal services
entity produces the result. If no equipment or tools are needed the provision will always be met in these circumstances. Whether a consultant satisfies the second condition for the results test will be determined according to the facts in each case. The condition will be satisfied where the consultant supplies all the tools and equipment (if any) which are necessary to perform the work which produces the result.

Paragraphs 87-18(1)(c) and 87-18(3)(c) of the ITAA 97 make it a requirement of the ‘results test’ that the individual or entity must meet the costs associated with rectifying the defect. It is only the cost of rectification of their defective work that must be met by the individual or entity. There is no requirement that the individual or entity actually perform the work which rectifies the defect so long as they pay for it. Nor does it matter whether the relevant exposure to a liability for the cost of defective work arises before or after payment by the service acquirer or delivery of the result. The existence of a term in an agreement that the individual or personal services entity is liable for the cost of rectifying any defect in the work performed would support the conclusion that liability to make good any faulty workmanship exists, particularly where the individual or personal services entity and the service acquirer are dealing with each other at arm’s length. However, the term in the agreement should not be merely ‘window dressing’, and regard may be had to all the circumstances of the case in determining whether the relevant liability really exists.

The phrase ‘rectifying any defect’ literally means to put right any fault or imperfection. Clearly, not all work of any individual or entity is capable of rectification if that phrase is given its narrow literal meaning. It is arguable on this narrow view that if the work is not capable of rectification then the ‘results test’ cannot be passed. The Macquarie Dictionary definition of ‘rectify’ includes to ‘remedy’ which can mean ‘legal redress or the legal means of enforcing a right or redressing a wrong’. Consequently, being liable to rectify the cost of any defect could be inclusive of a rectification achieved by the acquirer of the services pursuing a legal remedy for damages, in circumstances where the defect is incapable of physical repair. A consultant would satisfy the rectification condition of the results test if they were to perform additional work to complete a job which
was defective without an entitlement to any additional payment. Similarly a liability for damages resulting from defective work or a liability for the costs of having the job satisfactorily completed by a third party would satisfy this condition.

It must be noted that all three conditions of the results test must be met if a contractor is to satisfy the results test. while the ATO will also consider the manner in which services are provided and remunerated, the terms of the contract under which a Consultant is engaged will be the major determining factor in whether or not an individual satisfies the Results Test. It is critical therefore that the contract is drafted in terms which explicitly set out the contractor arrangements where PSI might be an issue. The information which follows points out clauses which the ATO can potentially read as indicators of the character of a contract between a contractor and the acquirer of their
business services.

All three conditions must be met if a contractor is to satisfy the results test. The first priority is to ensure that you have in place contract documentation which describes in detail the project result to be achieved by the contractor to the acquirer of those business
services. A verbal agreement, or a quotation and email exchange accepting the quotation, may not be a sound or sufficient record of what is a complex business arrangement that should be appropriately documented. There is no doubt that in the case of problems arising with a project, the contracting parties will rely on the contract documentation for clarification of arrangements, so formalising these arrangements is essential to any independent contractor’s standard business’s risk management practice. The ATO will rely on the terms of engagement to determine PSB status.

To satisfy the results test, the essence of a contract has to be to achieve a result and not to do work, so in drafting terms of engagement, it is critical that professionals differentiate between payment for producing a result and payment for performing work (for example paid on hourly rate) in order to satisfy the first condition of the results test. Evaluating whether the individual is working for a result OR working to provide a service is the key area which will be considered by the ATO in assessing the character of the relationship
between the contractor and client.

To satisfy the second condition of the results test, the contract for service should specify a commitment to provide all tools and equipment necessary to achieve the result/s. ATO officials have confirmed that a laptop computer is generally accepted as a tool of trade. If you use a client’s car, computer, phone, pen, etc., it is essential to satisfy this condition that they are incidental to the work and not necessary or required to complete the work. Temporary use of a client’s tools/equipment where it is more convenient to do so or where it is custom and practice in the particular industry to do so will not of itself disqualify the individual or cause this condition to be failed where they are not required to complete the work.

The traditional criteria in relation to Termination set out in TR2000/14 states: “An independent contractor is contracted to complete a set task. The payer may only terminate the contract without penalty where the worker has not fulfilled the conditions of the contract.”

Indications are that the ATO in evaluating the character of contracts is considering mutual termination clauses very narrowly by concluding that where a termination option for both the independent contractor and service acquirer are provided for within the terms of the contract, that the contractor may not be bearing full commercial risk of loss, and payment is for work performed up to the date of termination rather than for achievement of a result.

Rollover clauses are similarly being interpreted by the ATO as an indicator that personal services income is not being paid to achieve a specified result or outcome but is for work performed. 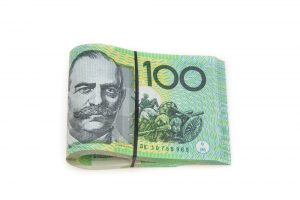 indicator that the character of a relationship between the parties is not that of Consultant and Principal. An independent contractor would normally incur their own expenses and these costs would be included in calculating the overall fee rather than being reimbursed for expenses, or paid disbursements, so we would suggest drafting the terms of engagement without a disbursements or expenses clause, but factoring these expenses into any hourly rate used to calculate the fee for the engagement.