The past year has been tough for smaller operators as the impact of technology continues to increase and businesses struggle with significant fixed costs that may not be achieving a realistic return on investment. Airbnb is here to stay and traditional accommodation providers (motels and serviced apartments) in rural and regional Australia are under pressure. There has been an increase in the number of motel leases handed back, or tenants who have walked away from properties, often after a period of requesting rent relief or threatening to walk away.

It has been a difficult year for premises where we have needed to assist the owners in taking over or finding new managers. Aged, tired and under-invested has been a common thread across the properties that we have been involved in over the last year. Properties that had a facelift in the 1980s, furnishings that were last cleaned years ago, threadbare manchester and absent facilities were common and reflective of the position of the industry.

Food offerings in these venues have been sad or underutilised and even in small locations, without significant competition, the food offering is a loss leader or a straight loss. We noticed that the function spaces were usually turned into storage areas as it had been years since the function aspect of the business was viable or even advertised. Bar areas and liquor sales were stale, non-existent or dust collectors with our “favourite” example being a site with “antique” half-filled dusty Vok bottles on the shelf.

In each of the premises an immediate capital expenditure was necessary, the cheapest being $100,000, while the most expensive required bulldozing the location and repurposing the site. A common concern was that the sites looked tired, and when compared with AirBnb and newly built locations, it was noticeable.

Each of the locations had a period of poor performance, underinvestment and a lack of development of the business. Regular customers had been turned away or had found an alternative. Contracts were under pressure or not being renewed and there were minimal tourism travellers, these traditional customers finding different locations.

Comments online were consistently focused on the past and how the property used to be, which was common between each of the properties. Complaints mentioned cracked tiles in bathrooms, unworking technology and slow internet. There was limited or no engagement with customers online, and there were no active attempts to engage with customers about their observations, concerns or complaints. 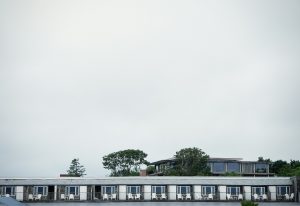 AirBnB has pervaded the smallest locations and dramatically opened up the field of accommodation options. When taking over a property, we would firstly find and stay at a local AirBnb of a similar price to the motel being secured, then have a night at a local motel. The difference was stark in each situation and told us a horror story, where the recovered premises was no longer able to compete.

During the year we assisted a property owner that was faced with 20 competing motels and a population of 18,000. It was determined that with the required capital expenditure to bring the property to market standard, that it would be better to simply bulldoze the property and convert the site to a commercial premise. Analysis of the location noted that there were another 100 B&B competitors with AirBnB, and to survive, the business would need occupancy at 135% in the long term. Selling a new lease was unlikely and the better outlook was to re-focus the location.

The most successful transitions have been in the locations that have adapted to the changing markets and made their business accommodation plus something, something different, something customers could not get elsewhere. This did not mean having a food and beverage option, but in most cases offering something simple and more than their competition.

Offering real coffee was a major benefit and a barista course for the front reception was a significant improvement and offering a takeaway coffee to departing customers was well-received (and a croissant if there was no longer breakfast).

Opening the kitchen to patrons had a two-pronged benefit, most rural motels had an outdoor BBQ area but an unused kitchen and if the weather was bad, the BBQ went unused. One of the most successful transitions, was to simplify the kitchen and allow it for patron use. A benefit that was articulated about alternate options was that there was an ability to cook in a normal kitchen. When this was offered (and highlighted) it became a strong marketing opportunity and increased the number of travelling families, where the cost of meals can be prohibitive. Rather than being a loss for the business, patrons could provide their own meals.

In rural Queensland, the operator found that their location became a travel hub once the kitchen opened to patrons, with stays increasing from overnight to doubling as families used the location as a base once they knew they could use the kitchen.

Installing solar in most locations was a logical step, and as a core business decision, reduced a substantial variable cost for the businesses. In each case, this reduced costs by a significant margin, so as to make the payback period less than 5 years (or a 20% return).

Little things made the businesses improve, whether giving car windows a wash at night, a courtesy lift into town for satellite motels (especially where the food was discontinued), fresh baked items (as opposed to a two biscuit plastic wrap), real coffee and a reception that was not something out of the 70s all worked.

There is no doubt that accommodation is a tough field and the surviving businesses will be those that recognise and adapt to this challenge. There is an opportunity for well-run locations to be able to thrive, but old methods will struggle as competitors abound. For owners that assume things will just run as normal, we are finding that there is a tough wake-up call in store; rents need to be brought to market to allow profitability.

If you’re in need of further guidance from a trusted advisor or you’re wondering if restructuring might be the solution you need, you can schedule a complimentary, obligation-free consultation on 1300 023 782 or email team@cdrta.com.au