Who will get your super money when you die?  This is an important question because for many Australians, their self-managed super fund (SMSF) is a big asset – maybe one of the biggest.

It is also somewhat complicated because SMSF distributions are not governed by a will. Instead, those directions are usually executed under a binding death benefit nomination (BDBN). Just to make things complicated, many BDBNs are designed to lapse after a few years and must be renewed regularly if they are to remain valid.

What happens if the BDBN is forgotten and lapses? What happens if it is not forgotten, but the member has become disabled and cannot renew it? A recent decision of the Supreme Court of Queensland offers a possible solution in the latter situation, but this, too, requires some proactive legal and financial management.

More than anything, however, this is a fresh reminder to have your entire estate plan — including SMSF nomination, power of attorney, will, medical directive and life insurance provisions  — reviewed to make sure that all the parts work together and that they reflect your current wishes.

Why Isn’t my Will Enough?

The superannuation contributions many Australians make throughout their working lifetimes are made to funds set up and governed by trust deeds and the Superannuation Industry (Supervision) Act 1993 (SIS Act).

These trust deeds name those who contribute funds as beneficiaries of the trust and set out the conditions (such as the attainment of a certain age) under which they can receive a benefit. Under this legal construct, members do not directly own the funds held by the SMSF. Instead, they have interests and rights described in the deed.  This has important tax planning implications.

That, in short, is why superannuation savings exist outside your estate and do not pass under the terms of your will.

What is a Binding Death Benefit Nomination? 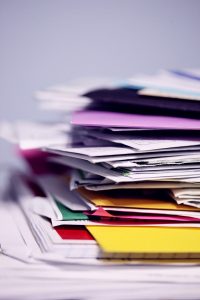 A BDBN is a written direction to the trustee of a super fund setting out who should receive your benefit in the event of your death. A valid BDBN remains in effect for only 3 years from the date it is first signed, last amended or confirmed.

What Happens if a BDBN Lapses?

If there is no BDBN or if a BDBN expires and is not renewed, the trustee generally has the discretion to distribute the money as he or she sees fit. Many will choose to distribute it to the deceased’s estate. This may or may not have the consequences you intend.

Perhaps more troubling, what happens if your BDBN is about to expire while you are alive, but incapacitated? Can some else renew it so that it does not lapse? Can someone else change it?

In August 2018, the Supreme Court of Queensland confronted a situation in which:

Among several other issues, the Court held that a representative under an Enduring Power of Attorney can execute a BDBN on behalf of the principal member.  This is significant for those who wish to plan for the possibility of a disability and those who step into their financial shoes in that event.

In practical terms, it is wise to explicitly spell out the powers that representatives under power of attorney are intended to have. It may be important to limit the nominations to those last made by the member of the SMSF to prevent any implication of misappropriation.