He had run a successful business in the town for 30 years through the Smith Family Trust (SFT) and the time had come to pass control of the trust to his son Harry.

Harry was married with two young children. He had been working in the 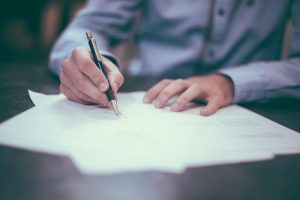 business for many years.

John was the sole director and shareholder of Condo Pty Ltd, the corporate trustee of SFT. After lengthy discussions, Condo entered into a deed of variation of the SFT trust deed by which John was dismissed as the appointor and Harry became the appointor.

The appointor has ultimate control of the trust and the trust assets because the appointor can sack a trustee and appoint another. As the new appointor, Harry changed the trustee of the trust from Condo to Acme Pty Limited (Acme). Harry was the sole director and shareholder of Acme.

That was 5 years ago. John is now in his 70s and he is very worried. Harry has become embroiled in a bitter dispute with a third party. The third party is suing Harry under a guarantee Harry gave a while ago and it is quite possible that the third party will win.  Harry could become a bankrupt.

If Harry becomes a bankrupt, will his bankruptcy trustee be able to attack the trust assets for the benefit of Harry’s creditors? After all, Harry controls the trust and has received most of the distributions for the past 5 years.

We explained to John that, as the law currently stands (Fordyce v Ryan [2016] SC 307), the right to enforce the due administration of a trust is not a right that passes to the trustee in bankruptcy and so, the trust assets are protected against the claims of Harry’s creditors, for now.

But Harry would do well to water-down his control.  We explained to John that this is an area that has continued to be challenged by angry litigants for over a decade.  Hiding assets from creditors in trusts controlled by people who become bankrupt is risky business.

John had another concern.  Harry’s wife was threatening to leave Harry.  She had had enough of the stress and anxiety caused by Harry’s business ventures.  He just did not have an eye for detail. If it was not one thing, it was another. She wanted out.

Could she claim a portion of the trust assets in a divorce settlement?

We explained that the Family Court has been busting open trusts since the 1980’s, but only where they were a sham.  The Family Court considers that a trust is a sham if it is set up with matrimonial assets and controlled by the party which set it up.

The stress of the legal claim and of Harry’s wife’s imminent departure is too much for Harry and his capacity to manage the trust’s business is deteriorating rapidly.  Harry is losing key customers and if John does not do something shortly, pretty soon there will be no business to run.

The trust deed was established in the 1970’s and stated that “the trustee may at any time and from time to time, with the prior consent of the appointor, revoke, add to or vary all or any of the trusts hereinbefore provided”.

The identity of the appointor was not included.  We advised John that the deed of variation was therefore void and of no effect.  He had never lost control.

This very issue was considered recently in Mercanti and Mercanti [2015] WASC 297.   In that case the Court concluded that the natural and ordinary meaning of the words “the trustee may … vary… the trusts hereinbefore provided” did not extend to varying the provisions of the trust deed which dealt with the office of the appointor.  Those provisions were distinct from the trusts created by the trust deed.